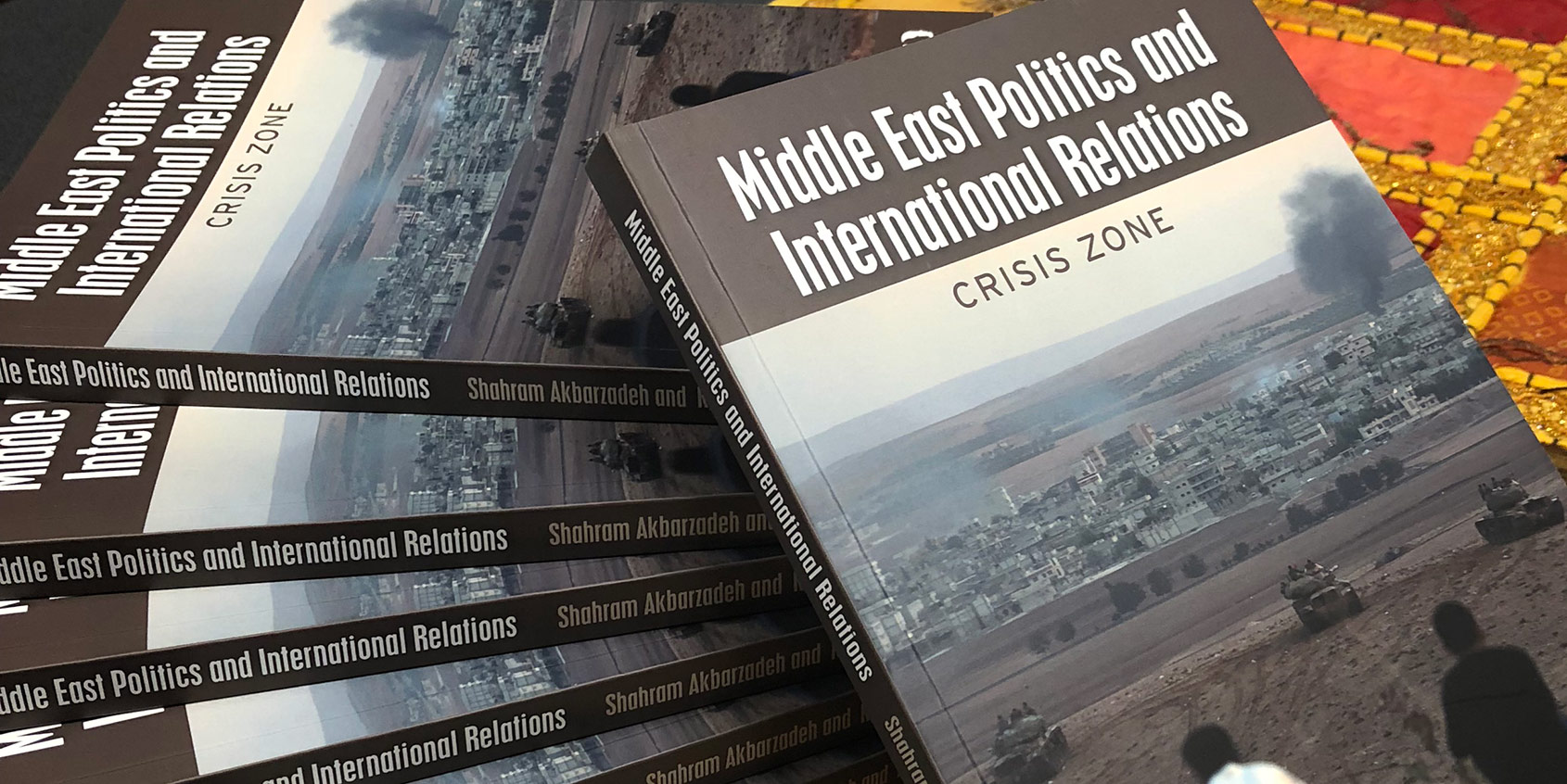 Routledge has just published Prof Shahram Akbarzadeh’s latest book with Dr Kylie Baxter from the University of Melbourne on “Crisis Zone: Politics and International Relations in the Middle East.” The book is available for purchase from the Routledge website. Further details are available below:

The contemporary Middle East has been defined by political crises and conflict. The interplay of internal and external factors have set the region on a path of turmoil and crisis with devastating outcomes for its people. The absence of political accountability and representation, and policies pursued by the United States to keep US-friendly regimes in power have been two key factors that have contributed to the seemingly insoluble Middle East politics.

This book provides a detailed exploration of the forces, internal and external, that have shaped today’s Middle East. The book follows a chronological order and provides context to major political milestones.

• Imperialism in the Middle East

• The formation of the State of Israel

• Palestinian politics and the failure of the ‘peace process’

• The Iranian Revolution and pan-Shi’ism

• Superpowers in the Middle East

• The Syrian War and the rise of the ‘Islamic State’

This study puts recent developments in historical context, and will serve as a core reference tool for students and researchers of Middle Eastern Politics and International Relations